The International Make-Up Artist Trade Show, IMATS, is a major annual event in the make-up artistry calendar. Professional make-up artists from fashion, editorial, TV and film give talks and practical demonstrations. It’s such a powerful draw that this year it attracted speakers including the make-up artist Sharon Dowsett and teams from Alien: Covenant, the Hellraiser movie series, Pirates Of The Carribean: Dead Men Tell No Tales and Game of Thrones to name drop just a few. Thousands of make-up artists and students attended to network, learn and buy product. A make-up museum and student make-up competitions also drew the crowds.

For the third year running I represented my make-up brush client Nanshy throughout all three days of the show. On the Nanshy stand, the designer and stylist Joey Bevan created a character dressed in Nanshy make-up brushes and on set make-up bags with make-up and bodypaint applied by Paul Herrington.

I’m already looking forward to going next year as it’s a privilege to get to work in this environment and to speak with make-up artists from students to those who have been awarded multiple Emmys, Oscars and BAFTAs. 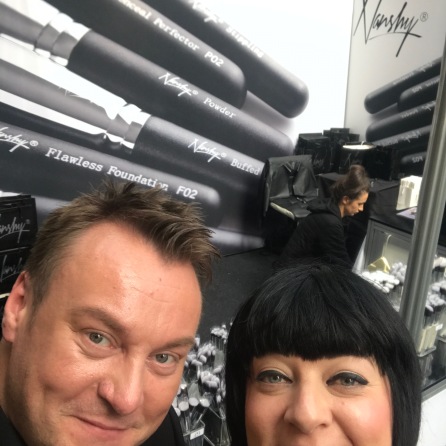 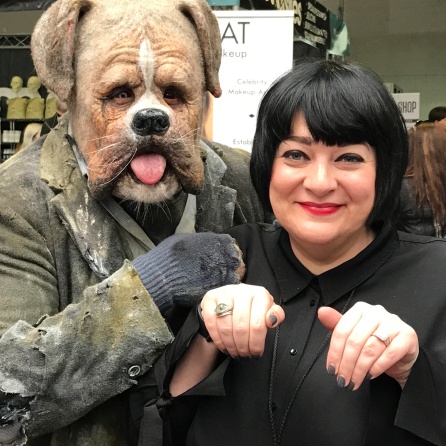 Nikki Taylor with a character created by Dan Frye at IMATS 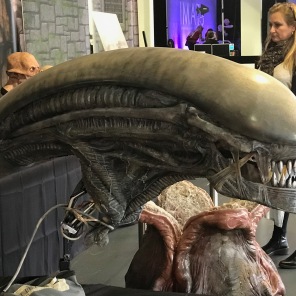 Practical special effects pieces from the Alien: Covenant movie on display in the Makeup Museum at IMATS

Joey Bevan with his character for Nanshy at IMATS 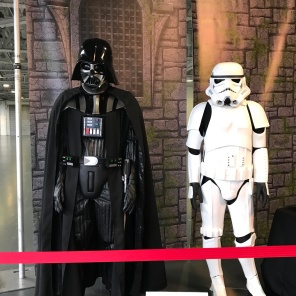 Star Wars costumes on display in the Makeup Museum at IMATS 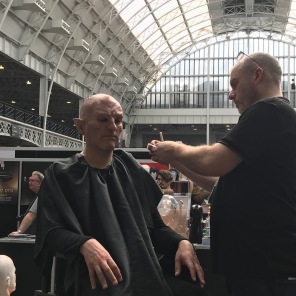 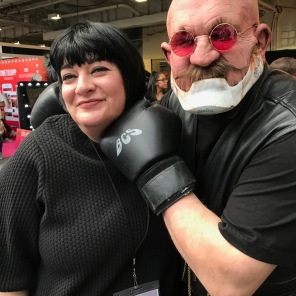